I created this page to give you some basic understanding of the Schumann resonance
​as well as the effect of the solar activity.
We are all affected by both the fluctuations of the Schumann Resonance and the Solar Activities.
They do affect us emotionally, energetically and physically.
The extent of these effects on us differ of course from person to person as well as the period of the month and the year.
If you feel the need for guidance and or practical tools to navigate your daily life more easily, then contact me here and state in short what you're looking for:

Up to date information about recent and upcoming fluctuations:

How to reduce the impact on you? 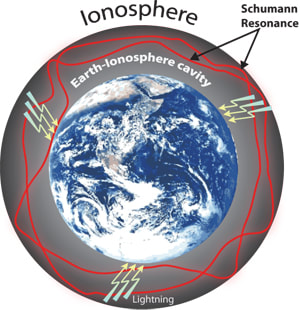 This global electromagnetic resonance phenomenon is named after physicist Winfried Otto Schumann who predicted it mathematically in 1952. Schumann resonances occur because the space between the surface of the Earth and the conductive ionosphere acts as a closed waveguide. The limited dimensions of the Earth cause this waveguide to act as a resonant cavity for electromagnetic waves in the ELF band. The cavity is naturally excited by electric currents in lightning. Schumann resonances are the principal background in the part of the electromagnetic spectrum from 3 Hz through 60 Hz, and appear as distinct peaks at extremely low frequencies (ELF) around 7.83 Hz (fundamental), 14.3, 20.8, 27.3 and 33.8 Hz.
On 07-07-2019 peaks of 110 Hz have been recorded!
​Frequency:
Frequency means how many wave cycle happen in a second, 1 Hz. means 1 cycle per second, 40 Hz. means 40 cycles per second, Amplitude is the size of the vibration, how big is the wave, the chart shows the frequency variation in Hz and the amplitude using the white color.
Important to know:
The Ancient Indian Rishis called 7.83 Hz the frequency of OM. It also happens to be Mother Earth’s natural heartbeat rhythm. Schumann resonances are named after professor Schumann who was involved in early German secret space program and was later paper-clipped into the United States. The frequencies of Schumann resonances are fairly stable and are mainly defined by the physical size of the ionospheric cavity.
​The amplitude of Schumann resonances does change and is bigger when ionospheric plasma gets excited. Ionospheric plasma excitation happens because of solar activity, thunderstorms, use of scalar plasma weapons and HAARP and lately also when the Light forces are clearing the plasma anomaly.
​
Example of high peaks:
Click an image to enlarge 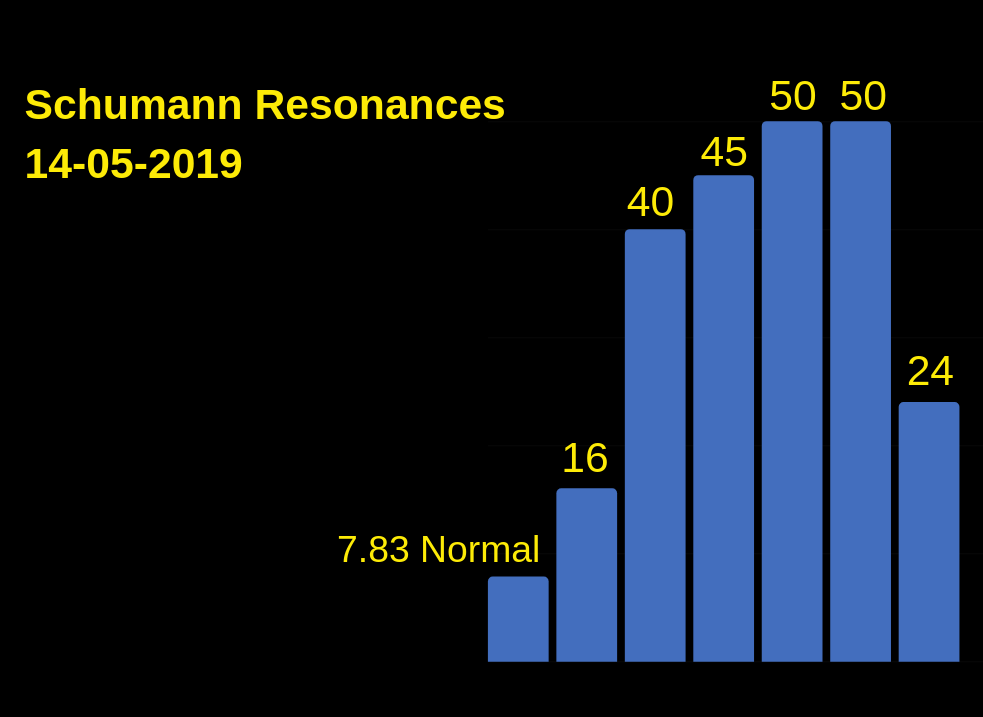 ​What’s Schumann got to do with Sacred Union:
By ​Maja Metličar ​As Schumann is spiking, you’re unifyingIn the past three or four days the Schumann resonance (aka the heartbeat of Earth) has been spiking almost non-stop. Higher frequencies have been flooding us and Gaia, bringing up to the surface what’s not aligned with our highest timeline – but was still ‘trying’ to hold on.
If you’re reading this, you’ve (most probably) chosen to walk the path that reunites you with the truth of who you are on the deepest level of your existence. In your essence. You have chosen this human life to release the programs of fear and lack you’ve been carrying within and allow your brilliance to shine through.
You have chosen to remember your most sacred union. This union is multilayered and multidimensional, it comprises past, present and future, all timelines, dimensions and existences. It’s way more than the human mind is able and ready to grasp in this now moment. So today I wish to bring your attention to one particular aspect of it:
Continue reading here...​

Basic info:
A solar flare is a sudden flash of increased brightness on the Sun, usually observed near its surface and in close proximity to a sunspot group. Powerful flares are often, but not always, accompanied by a coronal mass ejection. Even the most powerful flares are barely detectable in the total solar irradiance (the "solar constant").
On July 23, 2012, a massive, potentially damaging, solar storm (solar flare, coronal mass ejection and electromagnetic radiation) barely missed Earth. According to NASA, there may be as much as a 12% chance of a similar event occurring between 2012 and 2022.
See the intensity and impact on Earth:
Click an image to enlarge 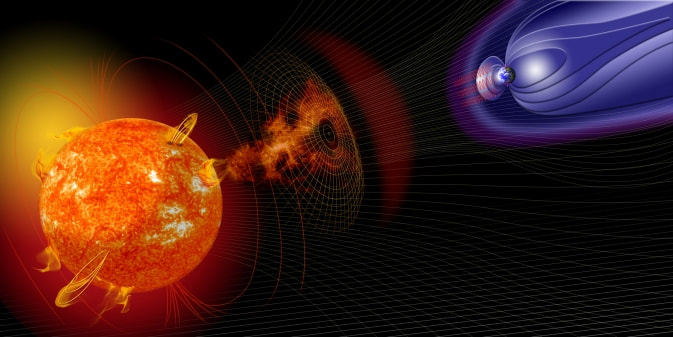 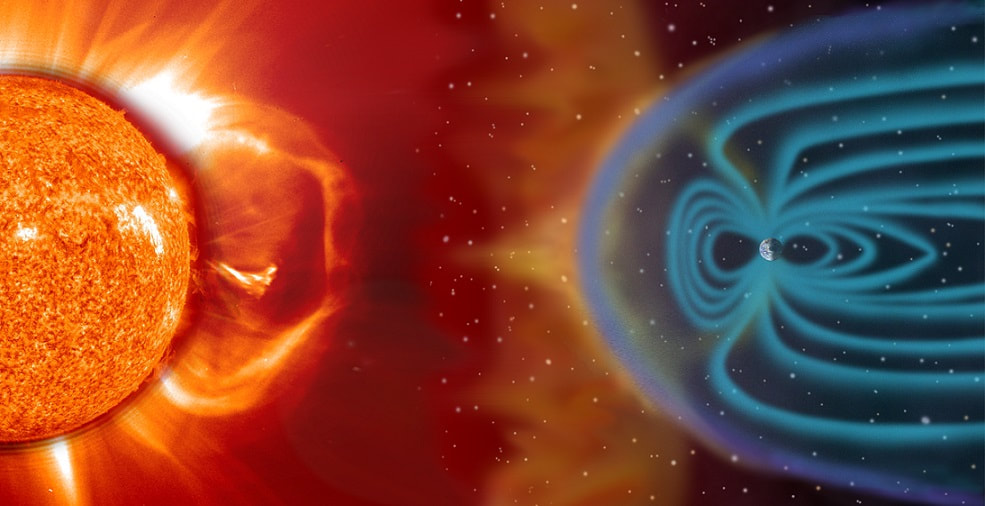 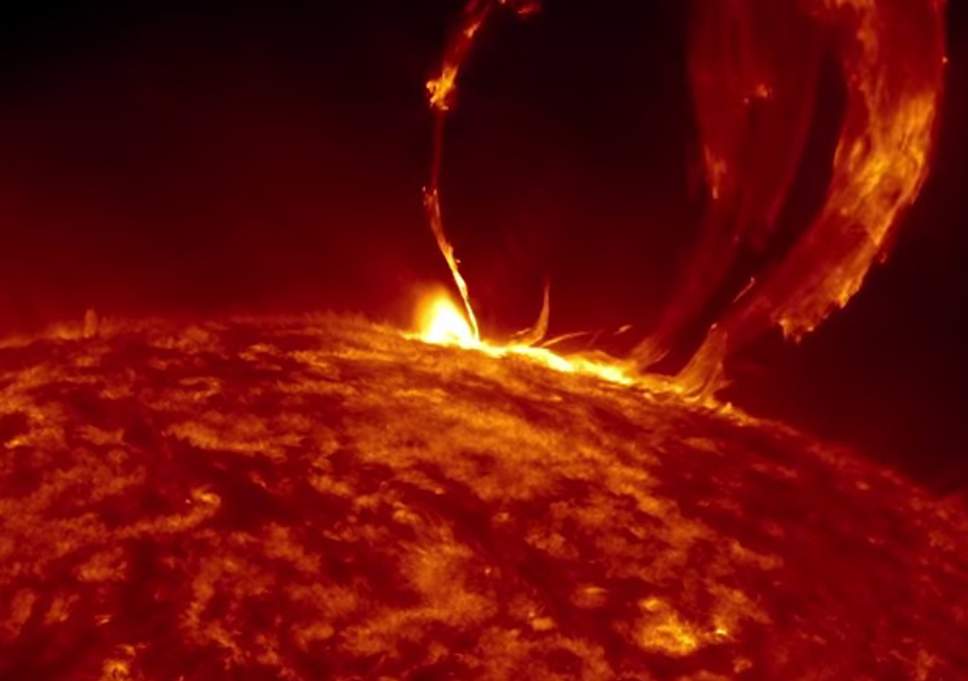 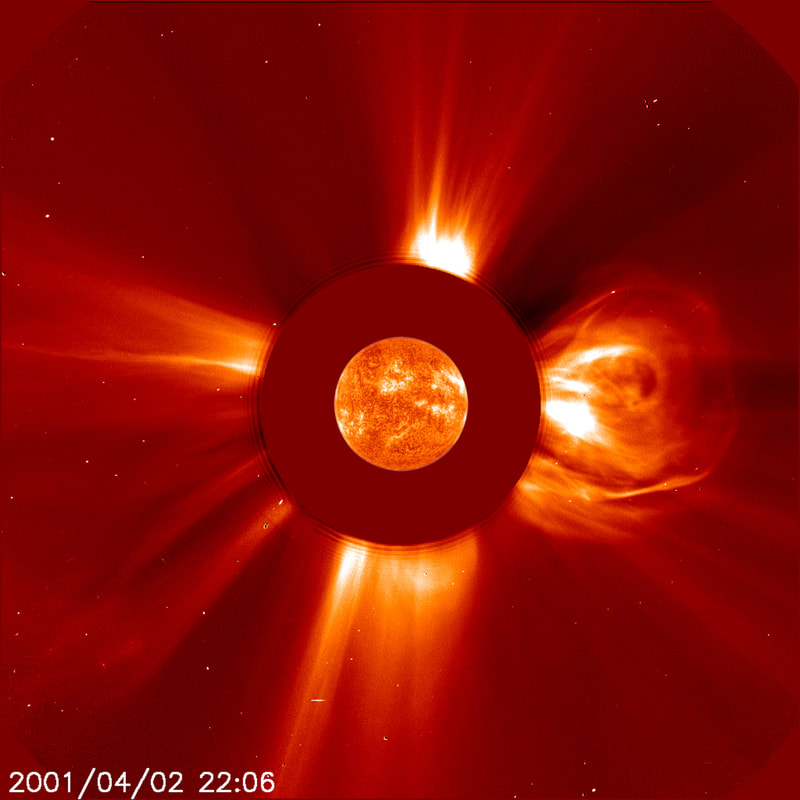 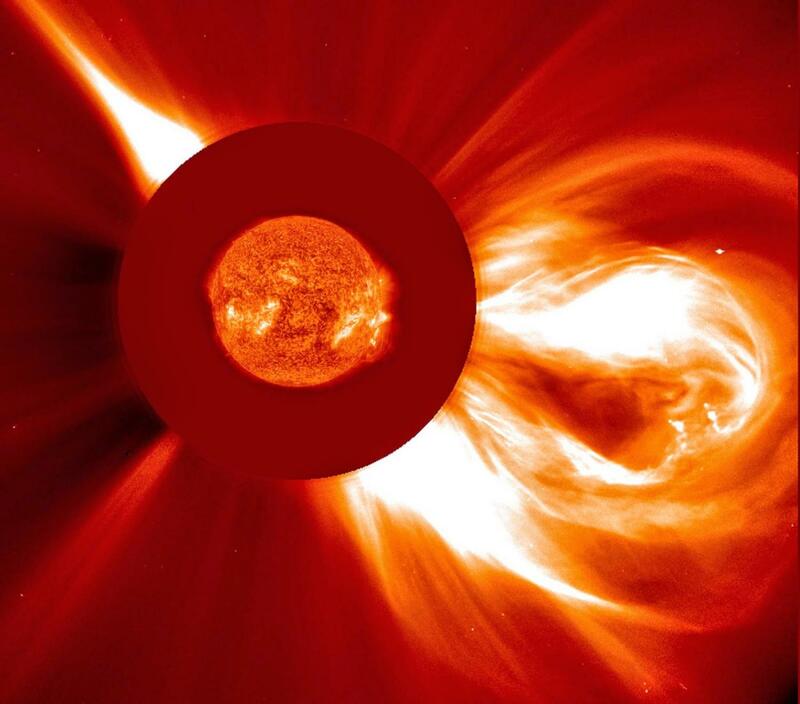