I came across this article and felt to share it.
I myself do enjoy a sip of Coca Cola from time to time, yes a sip. I rarely drink a full glass.
I knew that it's not really a healthy drink and have been using it for cleaning certain things. But I did not know the extent of the damage Coca Cola can have on our bodies. This is why I decided to spend the time and energy on dedicating a full page on my website to it.

Do you actually know what Coca-Cola really is? 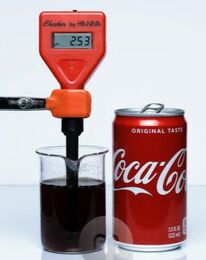