What is it, how to detect to and some ways to resolve it

Re-thinking the rat experiment, to include what rats need other than food: 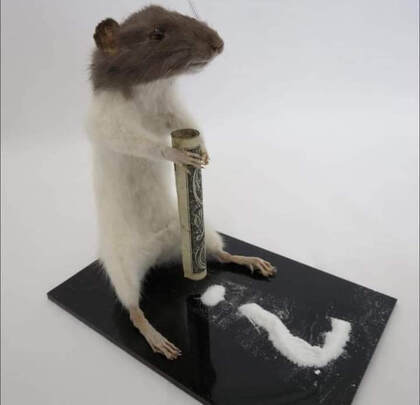 Put a rat in a cage and give it 2 water bottles. One is just water and one is water laced with heroin or cocaine. The rat will almost always prefer the drugged water and almost always kill itself in a couple of weeks. That is our theory of addiction.
Bruce comes along in the 70's and said, “Well, hang on. We’re putting the rat in an empty cage. It has nothing to do. Let’s try this a bit differently.” So he built Rat Park, and Rat Park is like heaven for rats. Everything a rat could want is in Rat Park. Lovely food. Lots of sex. Other rats to befriend. Colored balls. Plus both water bottles, one with water and one with drugged water. But here’s what's fascinating: In Rat Park, they don’t like the drugged water. They hardly use it. None of them overdose.
None of them use in a way that looks like compulsion or addiction.

​What Bruce did shows that both the right-wing and left-wing theories of addiction are wrong. The right-wing theory is that it’s a moral failing, you’re a hedonist, you party too hard. The left-wing theory is that it takes you over, your brain is hijacked. Bruce says it’s not your morality, it’s not your brain; it’s your cage. Addiction is largely an adaptation to your environment.
Now, we created a society where significant numbers of us can't bear to be present in our lives without being on something, drink, drugs, sex, shopping... We’ve created a hyper-consumerist, hyper-individualist, isolated world that is, for many of us, more like the first cage than the bonded, connected cages we need.
The opposite of addiction is not sobriety. The opposite of addiction is connection. And our whole society, the engine of it, is geared toward making us connect with things not people. You are not a good consumer citizen if you spend your time bonding with the people around you and not stuff. In fact, we are trained from a young age to focus our hopes, dreams, and ambitions on things to buy and consume. Drug addiction is a subset of that.
Credit: Johann Hari