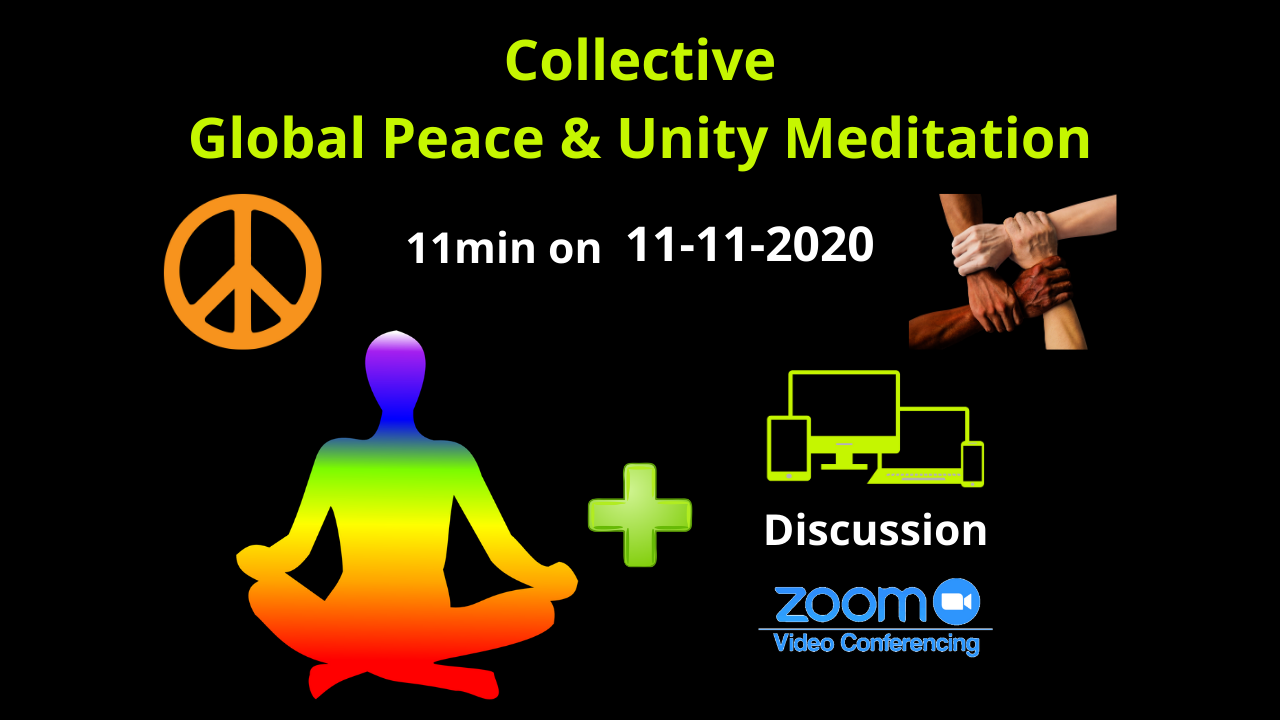 To contribute to more peace and unity on our planet I encourage you to
​meditate at least once on 11-11-2020. 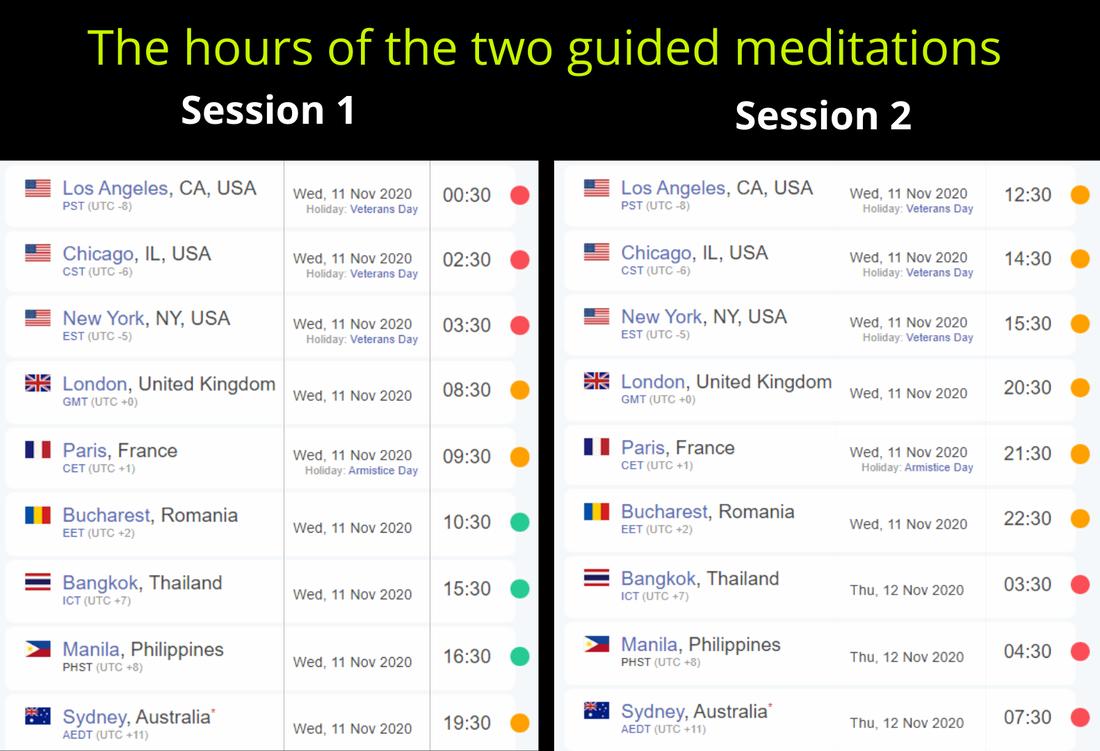 A study under the Peace Intention Experiment started on September 14, 2008, and ran for about a week. A group of people was required to meditate for about 40 minutes every day. The researchers soon found that the study yielded results similar to the TM studies — mass meditation resulted in higher levels of peace and social harmony.
An experiment conducted during the Lebanon war in the 1980s showed that when 1,000 people in Jerusalem meditated on world peace, war deaths in Lebanon went down by over 75%. Not only did war deaths go down, but crime and other destructive happenings also went down on the days the group meditated. There are many such experiments and given such huge positive social changes brought about by group meditation, it is very much possible that large meditation gatherings will become very popular very soon, just as meditation has become mainstream.
Several other studies also show the positive effect of group meditation on the state of society. In the mid-1980s, about 7,000-8,000 people met in seven assemblies over a two year period to carry out a group meditation to bring peace to Lebanon. During the period, war deaths in the region were reported to have decreased by about 71 percent. Interestingly, the events were held in the state of Iowa in the U.S., yet the results were observable in faraway Lebanon, underlining the fact that a focused meditation for world peace can truly produce results.
Another study done during 1988-1990 by a group of 8,000 meditators saw major positive changes during the period. In fact, all major conflicts that had been plaguing the world for a long time came to an end during the two years the group was meditating for world peace. This includes an end to the U.S.-Soviet cold war, the Iran-Iraq war, and the Soviet invasion of Afghanistan.
Given such huge positive social changes brought about by group meditation, it is very much possible that large meditation gatherings might become a common affair very soon.
One of the most famous attempts at using mass meditation for world peace was done in 2008 in an experiment called “The Peace Intention Experiment.” It was based on several Transcendental Meditation (TM) studies that show a direct relationship between mass meditation and crime rates of a region. Apparently, the number of fatalities in Lebanon fell by 76 percent when TM experts engaged in group meditation. Criminal activities, incidents of fires, and traffic accidents were also observed to have decreased.
Sources:
https://visiontimes.com/2018/10/07/mass-meditation-and-its-effects-on-the-globe.html
​https://thriveglobal.com/stories/the-undeniable-power-of-mass-meditation-3-top-reasons-you-wanna-try-it/