I have been intermittent fasting for a while now and I am experiencing so many benefits!
You can read about it when scrolling down to the different methods of fasting.

The notion of fasting for better health has all the hallmarks of a fad diet or passing over-hyped trend: Claims that sound almost too good to be true, celebrity followers, rigorous guidelines at odds with the way even the healthiest people eat, and, of course, deprivation.
Yet fasting — which is generally defined as going with little or no food for a period of anywhere from about 12 hours to several days — has one thing going for it that many other trendy programs don’t: Solid preliminary research.
​

Some of the most promising recent science has come out of the Longevity Institute at the University of Southern California Leonard Davis School of Gerontology. In 2014, researchers there found that a three-day fast involving less than 200 calories per day could help revitalize the immune system on a cellular level.
Reporting their findings in the journal Cell Stem Cell, the study authors observed that when cells went without standard fuel from regular meals, the body switched to survival mode and ended up killing off old, damaged white blood cells to conserve energy.

​​While that may not sound groundbreaking, what happened after is noteworthy: Once provided with food and nutrients again, the body’s stem cells kicked into gear and restocked the immune system with a fresh batch of (healthier) cells.
Additional preliminary research by the same group and others, including some experts at Johns Hopkins University and MIT, suggests even more benefits of putting the body into a type of temporary survival mode via short-term fasting, including:
​ 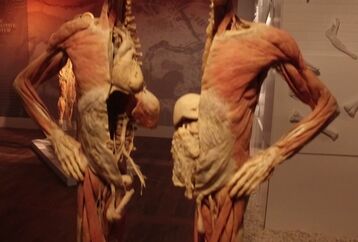 One finding many of these fasting studies share is that the body has to first use up its stored glycogen (the storage form of glucose), and start burning fats instead — a metabolic state called ketosis. A potential explanation: Stem cells may function better on a diet of fat versus carbs or stored glycogen. Reaching that fat-burning state, however, isn’t easy — it can take more than 12 hours with no or few calories. And if you’ve ever gone that long or longer without food (say, to prep for a medical test), you know it can be unbelievably hard to do, says Bill Rawls, MD, medical director of Vital Plan.
So given that the findings listed above are still preliminary, the question remains: Is short-term fasting worth it?​
​

One study shows that fasting for a 24-hour period may regenerate stem cells in the gut.

Want to look younger, feel better, and live longer? Consider going on a fast. According to a new study, reported in Cell Stem Cell, fasting for a 24-hour period may regenerate stem cells in the gut. As a result, age-related loss of functionality may be reversed.
For the study, researchers looked at both young and old mice and the effect fasting for 24-hours had on their intestinal stem cells. They were surprised to learn that after just a single day of fasting, the cells’ behavior changed. They stopped burning carbohydrates and instead, began to burn fat. As the cells relied on fatty acids, their functionality improved.
Said senior author professor Omer Yilmaz, from MIT’s Koch Institute for Integrative Cancer Research, in a statement: “Intestinal stem cells are the workhorses of the intestine that give rise to more stem cells and to all of the various differentiated cell types of the intestine. Notably, during aging, intestinal stem function declines, which impairs the ability of the intestine to repair itself after damage. In this line of investigation, we focused on understanding how a 24-hour fast enhances the function of young and old intestinal stem cells.”
Why does fasting enhance longevity? It’s all about transcription factors, proteins that help convert DNA to RNA. When the mice fasted for one day, transcription factors called PPARs turned on, activating the metabolization of fatty acids. When PPARs are switched off, the cells can no longer boost regeneration.
According to IFLScience, the team activated the PPARs while the mice were not fasting and noticed the same effect.“That was also very surprising,” said co-lead author Chia-Wei Cheng. “Just activating one metabolic pathway is sufficient to reverse certain age phenotypes.”
This is not the first study to support the notion that fasting aids healing. And because the phenomena is still not understood, it will not be the last. The team is now interested in determining whether or not cells in other parts of the body have the same capability. Perhaps in the future, medical interventions will include a combination of fasting and drug therapy.
​ 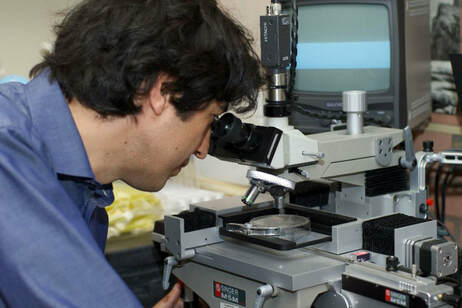 Prolonged fasting forces the body to use stores of glucose, fat and ketones, but it also breaks down a significant portion of white blood cells. Longo likens the effect to lightening a plane of excess cargo.
During each cycle of fasting, this depletion of white blood cells induces changes that trigger stem cell-based regeneration of new immune system cells. In particular, prolonged fasting reduced the enzyme PKA, an effect previously discovered by the Longo team to extend longevity in simple organisms and which has been linked in other research to the regulation of stem cell self-renewal and pluripotency — that is, the potential for one cell to develop into many different cell types. Prolonged fasting also lowered levels of IGF-1, a growth-factor hormone that Longo and others have linked to aging, tumor progression and cancer risk.

“PKA is the key gene that needs to shut down in order for these stem cells to switch into regenerative mode. It gives the OK for stem cells to go ahead and begin proliferating and rebuild the entire system,” explained Longo, noting the potential of clinical applications that mimic the effects of prolonged fasting to rejuvenate the immune system. “And the good news is that the body got rid of the parts of the system that might be damaged or old, the inefficient parts, during the fasting. Now, if you start with a system heavily damaged by chemotherapy or aging, fasting cycles can generate, literally, a new immune system.”
Prolonged fasting also protected against toxicity in a pilot clinical trial in which a small group of patients fasted for a 72-hour period prior to chemotherapy, extending Longo’s influential past research. 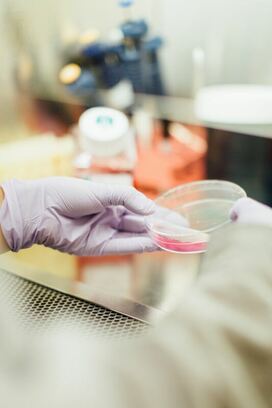 ​“While chemotherapy saves lives, it causes significant collateral damage to the immune system. The results of this study suggest that fasting may mitigate some of the harmful effects of chemotherapy,” said co-author Tanya Dorff, assistant professor of clinical medicine at the USC Norris Comprehensive Cancer Center and Hospital. “More clinical studies are needed, and any such dietary intervention should be undertaken only under the guidance of a physician.”
​
“We are investigating the possibility that these effects are applicable to many different systems and organs, not just the immune system,” said Longo, whose lab is in the process of conducting further research on controlled dietary interventions and stem cell regeneration in both animal and clinical studies.

Chia Wei-Cheng of USC Davis was first author of the study. Gregor Adams, Xiaoying Zhou and Ben Lam of the Eli and Edythe Broad Center for Regenerative Medicine and Stem Cell Research at USC; Laura Perin and Stefano Da Sacco of the Saban Research Institute at Children’s Hospital Los Angeles; Min Wei of USC Davis; Mario Mirisola of the University of Palermo; Dorff and David Quinn of the Keck School of Medicine of USC; and John Kopchick of Ohio University were co-authors of the study.
​ 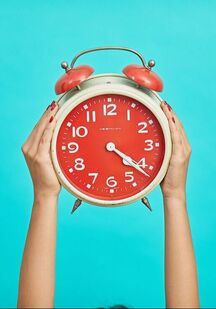 The 16/8 Method involves fasting every day for 14-16 hours, and restricting your daily "eating window" to 8-10 hours.
Within the eating window, you can fit in 2, 3 or more meals.
This method is also known as the Leangains protocol, and was popularized by fitness expert Martin Berkhan.
Doing this method of fasting can actually be as simple as not eating anything after dinner, and skipping breakfast.
For example, if you finish your last meal at 8 pm and then don't eat until 12 noon the next day, then you are technically fasting for 16 hours between meals.
It is generally recommended that women only fast 14-15 hours, because they seem to do better with slightly shorter fasts.
For people who get hungry in the morning and like to eat breakfast, then this can be hard to get used to at first. However, many breakfast skippers actually instinctively eat this way.
You can drink water, coffee and other non-caloric beverages during the fast, and this can help reduce hunger levels.
It is very important to eat mostly healthy foods during your eating window. This won't work if you eat lots of junk food or excessive amounts of calories.
I personally find this to be the most "natural" way to do intermittent fasting. I eat this way myself and find it to be 100% effortless.
I eat a low-carb diet, so my appetite is blunted somewhat. I simply do not feel hungry until around 1 pm in the afternoon. Then I eat my last meal around 6-9 pm, so I end up fasting for 16-19 hours.
​
2. The Warrior Diet: Fast during the day, eat a huge meal at night: 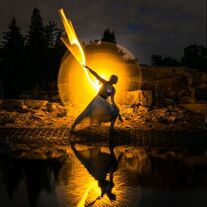 The Warrior Diet was popularized by fitness expert Ori Hofmekler.
It involves eating small amounts of raw fruits and vegetables during the day, then eating one huge meal at night.
Basically, you "fast" all day and "feast" at night within a 4 hour eating window.
The Warrior Diet was one of the first popular "diets" to include a form of intermittent fasting.
This diet also emphasizes food choices that are quite similar to a paleo diet - whole, unprocessed foods that resemble what they looked like in nature.
3. The Ramadan Diet: Fast during the day, eat a huge meal at night: 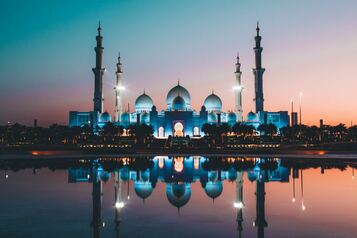 It's the kind of fasting the Muslims doe every year for a full month.
It involves fasting from early morning until the evening.
Officially they are not allowed to eat, drink, smoke or any other bodily pleasure from sunset to sun down. The exception is for countries with extreme long days during summer like in Scandinavia, in that case a minimum of 6 hours of night is considered.
Then eating one large meal for dinner. Some do eat something just before sunset.
As we are talking here about a diet for health and not religious ​purposes, we recommend drinking water during the day and not eating too much at night.
4. Spontaneous Meal Skipping: Skip meals when convenient: 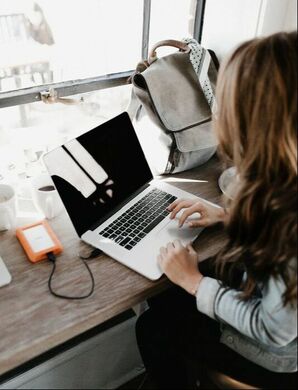 You don't actually need to follow a structured intermittent fasting plan to reap some of the benefits.
Another option is to simply skip meals from time to time, when you don't feel hungry or are too busy to cook and eat.
It is a myth that people need to eat every few hours or they will hit "starvation mode" or lose muscle.
The human body is well equipped to handle long periods of famine, let alone missing one or two meals from time to time.
So if you're really not hungry one day, skip breakfast and just eat a healthy lunch and dinner. Or if you're travelling somewhere and can't find anything you want to eat, do a short fast.
Skipping 1 or 2 meals when you feel so inclined is basically a spontaneous intermittent fast.
Just make sure to eat healthy foods at the other meals.
Sources: Among other:
https://rawlsmd.com/health-articles/can-fasting-renew-your-immune-system
https://news.usc.edu/63669/fasting-triggers-stem-cell-regeneration-of-damaged-old-immune-system/
https://www.healthline.com/nutrition/6-ways-to-do-intermittent-fasting#section6
https://truththeory.com/2018/05/08/50159/?fbclid=IwAR18VYAxoMKXn_NIqjaWzRJF1k85Moe9m_WBKRRCF36ImbJ_3-u-kidIVVo