A guest blog by Vera Ingeborg
​I can honestly say that I have never been in a weirder space than now. Not good, not bad, just weird. All I can say is that it feels like entering a wormhole, and before that everything old is stripped away. And that truly means EVERYTHING. I call it POWER STRIPTEASE. Any old idea of attachment, identity, things I identified with, methods, guides, teachers… As if it is touched by an invisible hand, and turns to dust in that second. Poufff, gone. It is so interesting to observe this how quickly these releases happen, it is instant. Trigger - release - move on.
The past three months I was moving closer and closer to this wormhole, it literally pulled me in more and more when I was in alignment with my highest aspects. The pull stopped when I dropped out of it. Each time there was an old way of behaviour, of doing things, of methods, of beliefs, of not being in the NOW-moment and acting from that space, I was kicked into a release cycle. ​
I really felt that I want to share the most recent example. I am sharing it because it surprised myself so much how okay I am with everything that is. That drama or attachment, regret or expectations have no grip on me any longer. ​
​
For the past three years I had a dear travel companion - a camper named Willis. And man, this chap triggered the shit out of me more than once. It was a permanent push and pull, on the one hand he was offering me a bed, a shelter, mobility - on the other hand constantly presenting me with new challenges, things were breaking unexpectedly continuously, and I can’t even count the times I had to take him to a garage to get him repaired. Each time I wanted to let him go and sell him, it just did not happen. It did not really make sense, but we all know how that stuff works. It might sound awkward, but it felt like being in a twin flame connection with a car. It cracks me up now to look back and see all the lessons and mirrors to challenge me into the best and highest version of myself. ​
​ 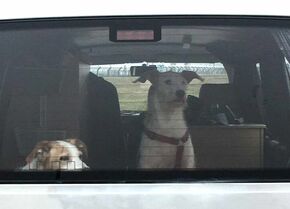 Anyways, I kept him, again and again. We still needed a car to move around after all, doing the trips necessary for our project and also to be able to go with the dogs to places in nature. ​

In February this year, his windshield broke - again, for no apparent reason, and in a way, that it needed to be replaced. I was rolling my eyes. Okay, there we go, another 500 Euros. That is also when I said - allright. Last time. And this time I mean it. If there is any other thing showing up out of the ordinary routine repairs, it is over. ​​
Two months later - guess what - Willis decided to not travel the wormhole with me. Two days ago - again for no apparent reason, his transmission broke down. The message was clear. Even more odd, because we had actually intended to go on a trip (partially business to co-create with the team in Switzerland, partially to just get us into nature and the mountains for some grounding). The ticket for the ferry was booked and paid, so was the house in Corsica we intended to stay at. We had brought Willis for a vacation check up to the garage, and they said: "This car is in a perfect condition, it is gonna run for a long time." ​
I really wanted to get out of Amsterdam to be able to create from a distance and to be in nature.
Boom - there comes Willis - the grand destroyer showing no mercy and clearly stating: „Nope dear, you are not going anywhere.“ ​
Planning is just not possible any longer. It is an old way. It is not in the moment, it is trying to make things happen instead of listening and going with the impulses and flow. It is also no longer about „running away“ and finding the balance outside of us. Instead it is being okay with what is in the moment, knowing that we are moving through this, or much more the energies are moving through us. It is also not longer about trying to fix things and do things in a cheap way just to make something happen. It is neither about making happen nor that is aligned with being worthy. There is a big difference for me between using what we have and compromising on the outcome. It often requires trust, patience and calming the human aspect down to not fall into false activism or panic. ​
And yes, all of this sucks sometimes for our human aspect, because we still have an infrastructure and environment, that is based on these old ways. ​ 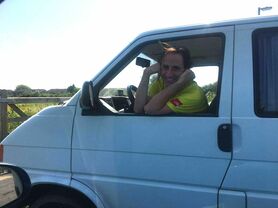 It was weird, I got not upset, I just nodded. There was one thought „Okay, fuck I am stuck in Amsterdam. I lost my mobility tool.“ The thought vanished the moment I thought it. I let it settle. I did not try to find a solution, or to make the trip still happen to not lose all the money we had already paid. I was very neutral. There was no impulse. A day later I had a short emotional release when we said good bye to Willis. And then I laughed. I laughed about all these crazy and necessary triggers for my own expansion and growth. I was so grateful to again have moved a bit closer to the wormhole. I laughed and I screamed „this is the weirdest fucking experience ever. After everything I have learned, created, accumulated I am standing here now. Full with experiences, empty of anything else. With no clue what is on the other side of that wormhole. The good thing: There is no need to know. I more and more love this weirdness. The only thing I know: It is all different from what we used to know and how we used to do things. ​
Rest in peace Willis. Thank you for the ride <3
​
Written by Vera Ingeborg
Link to the original article